The band was founded in June 2014 by Eriko (Trombone) and Yohei (Snare drum), who have been to New Orleans frequently, where they played with local musicians for gigs, street performances and Second Lines.

It is a unique band form, consisting of separate Bass and Snare drums, Washboard, Sousaphone as bass, and lead horns – Trumpet, Trombone and Saxophone- that allow for an unplugged yet vibrant sound. The New Stream Brass Band excels at roving performance as well as ceremonial functions such as weddings, birthdays and launches. Add some New Orleans spice to your next event! 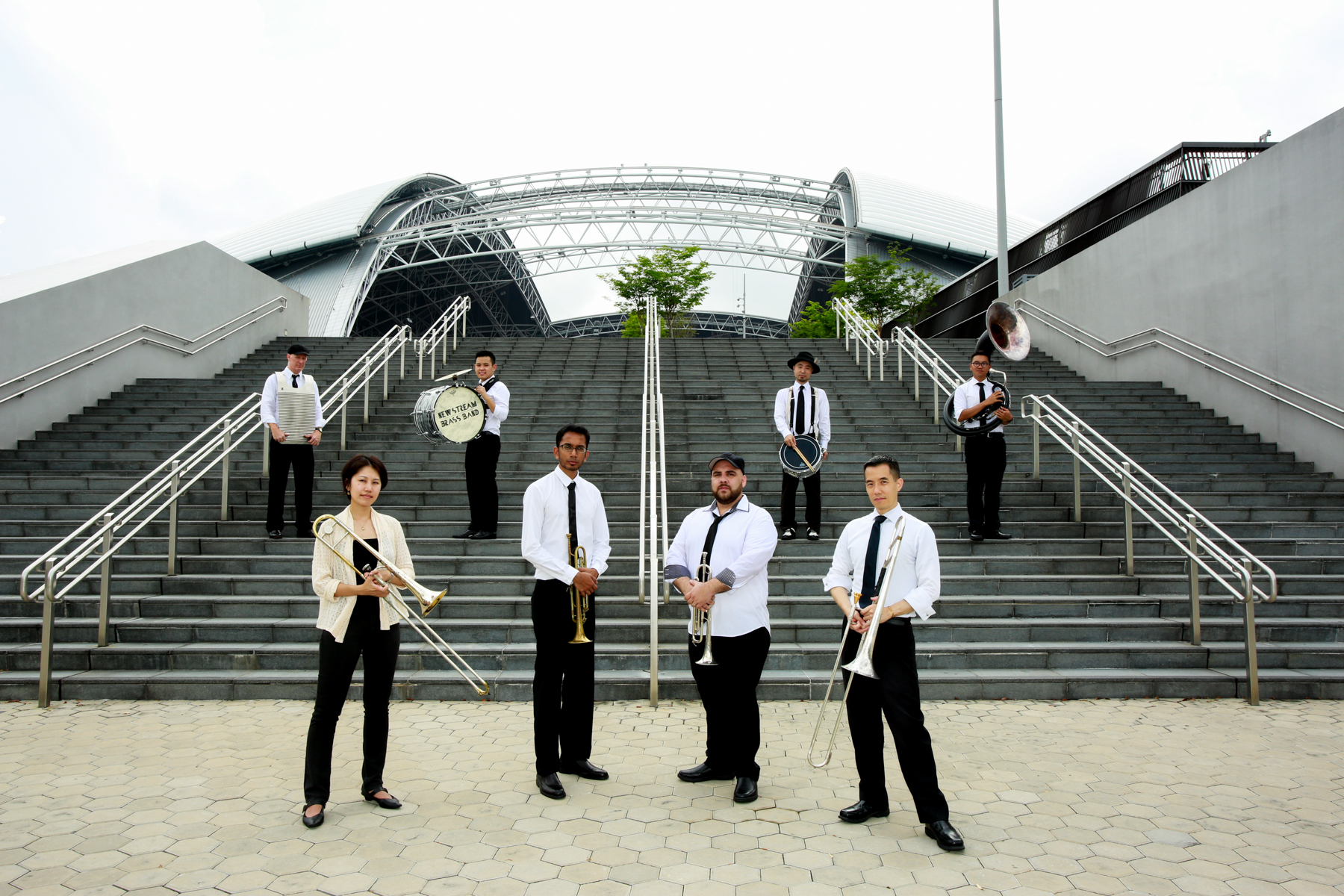 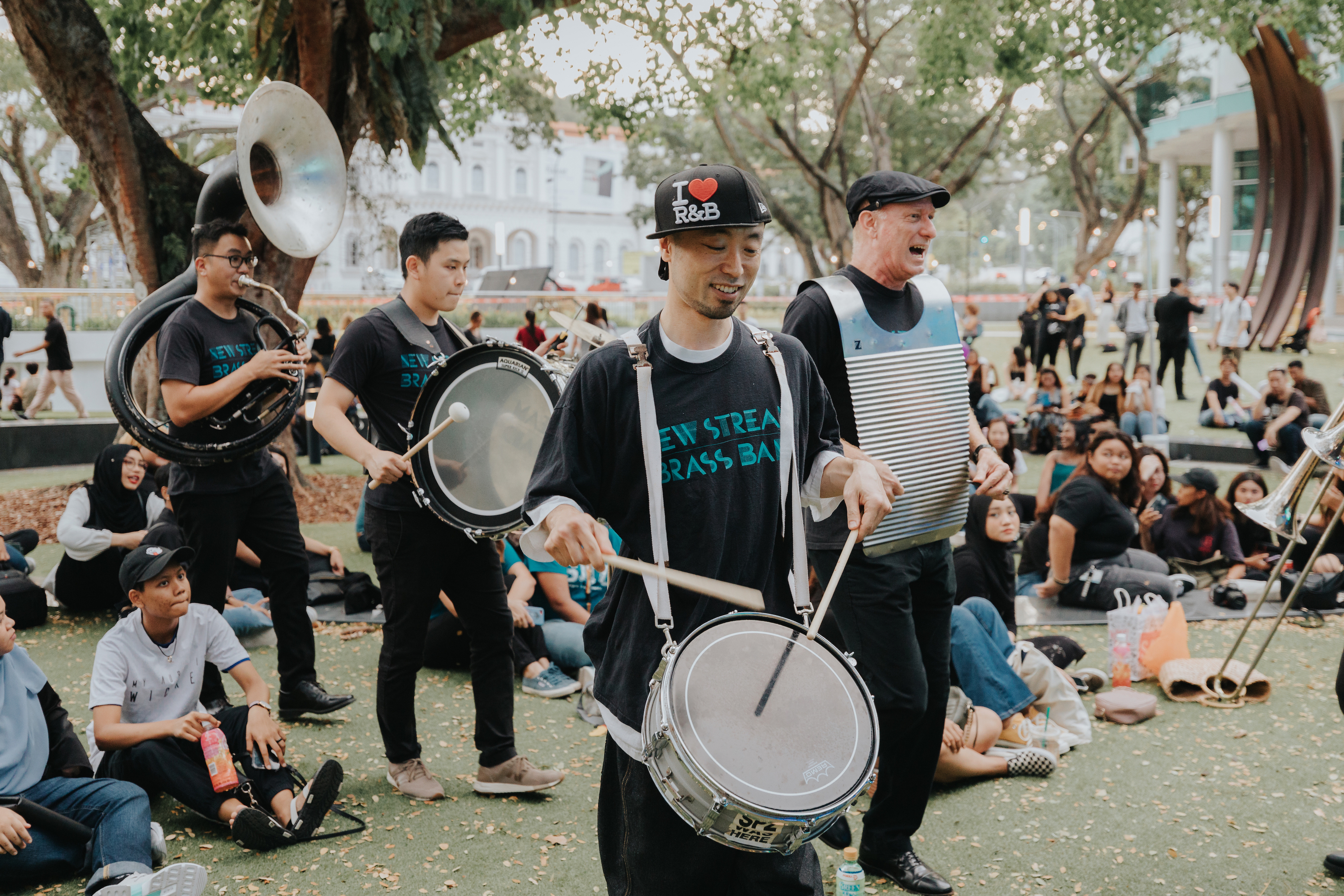 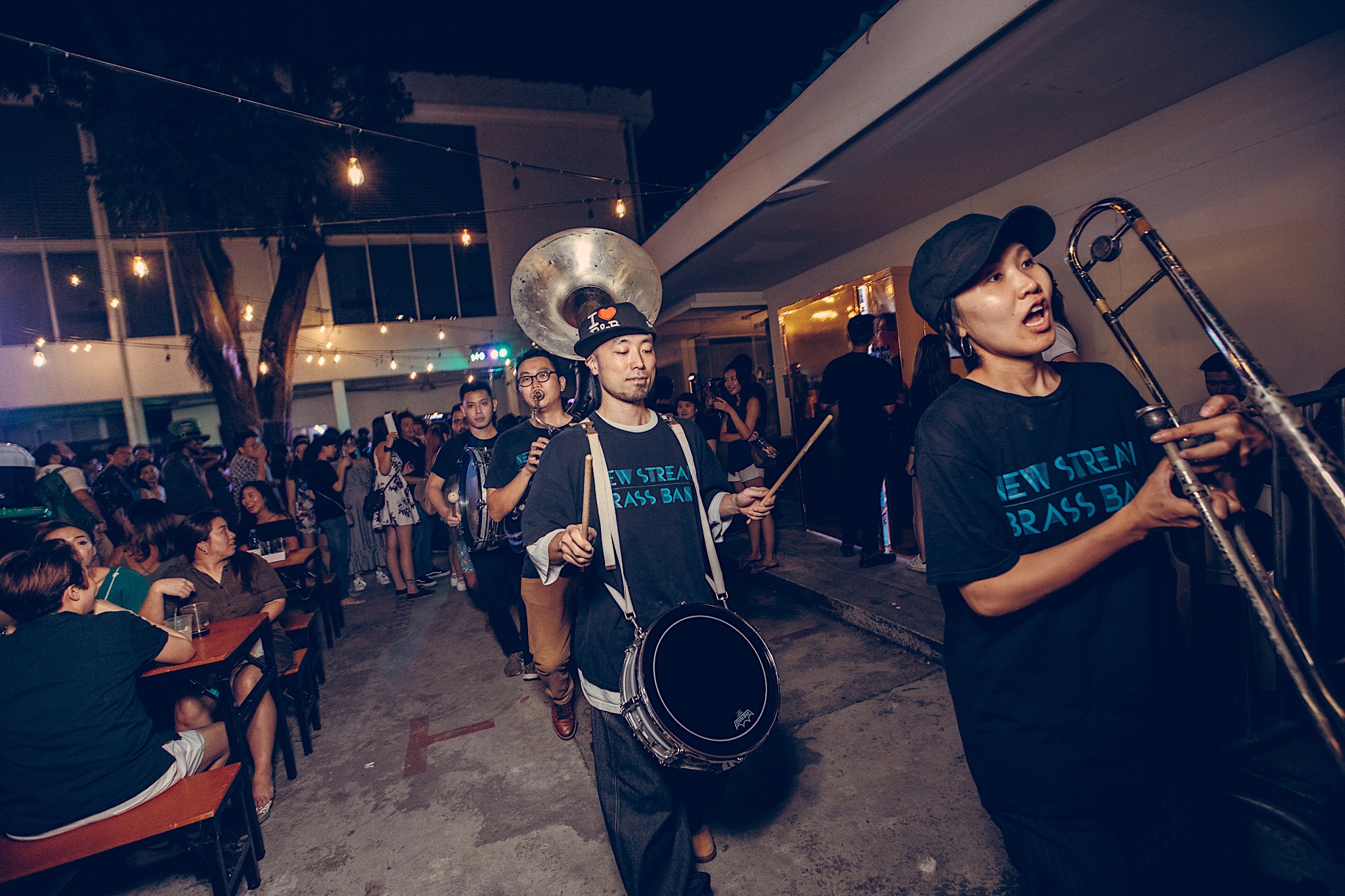 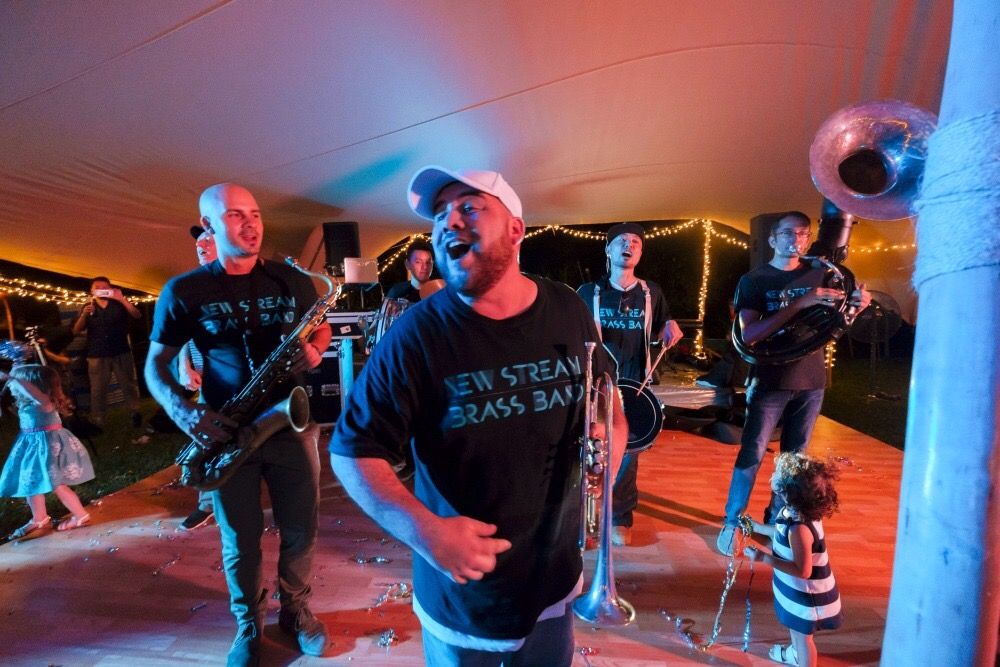 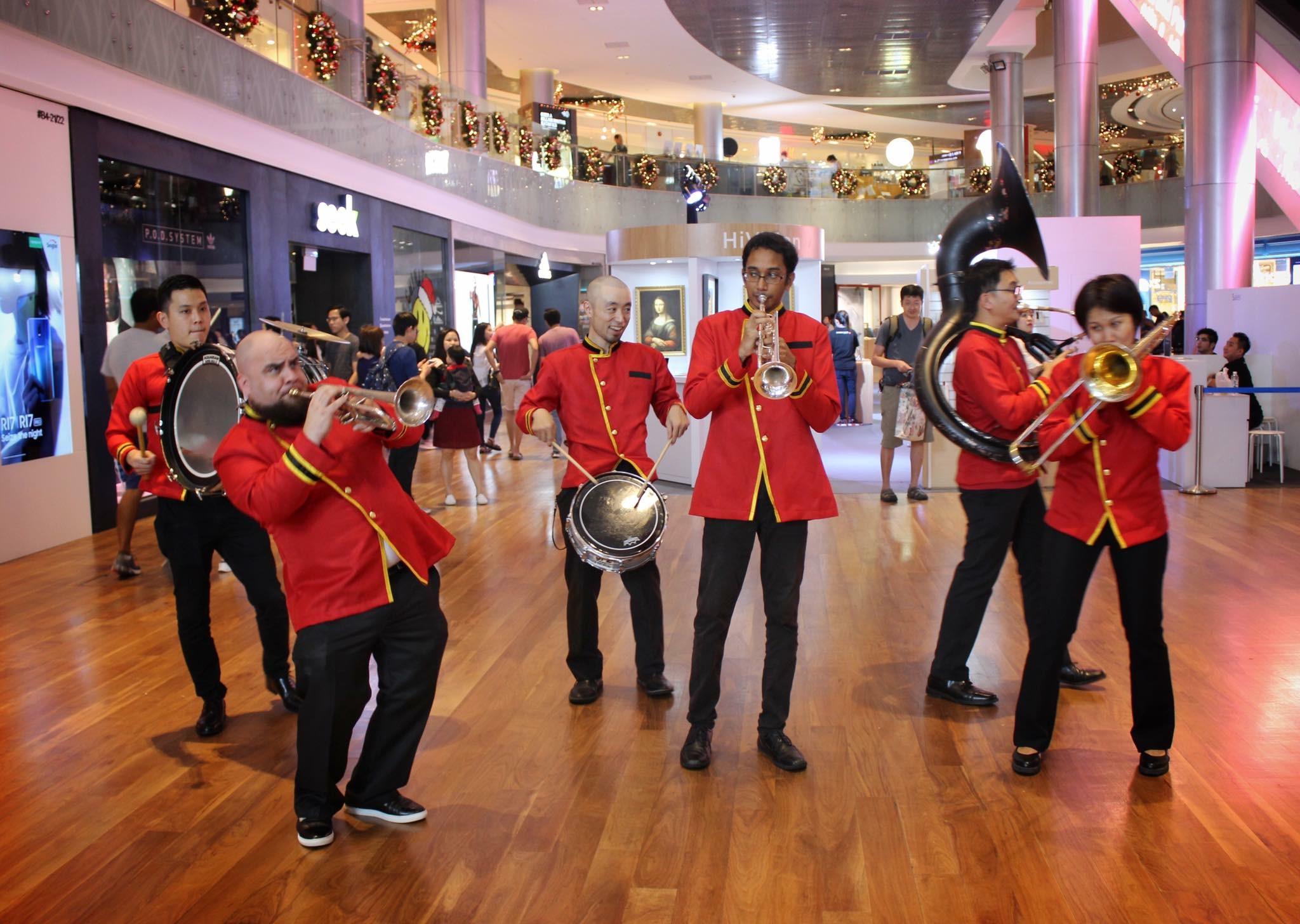 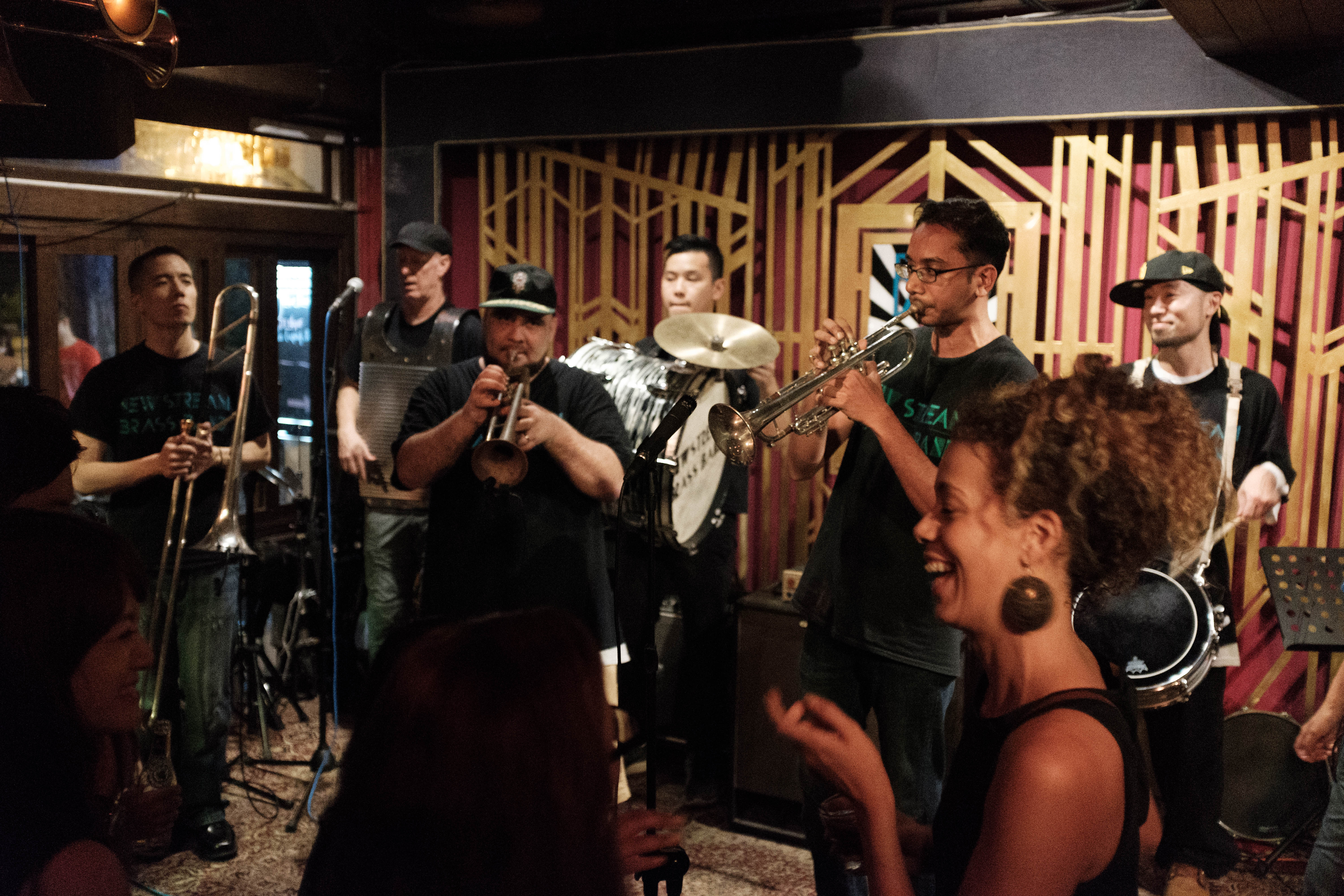